How To Buy A Franchise is your ultimate resource for information on how to research and evaluate the thousands of franchise opportunities available worldwide. From our podcasts to blogs to books to one-on-one counseling sessions with internationally-recognized speaker and author Dr. John P Hayes, How To Buy A Franchise is designed to provide you everything you need about Franchise Ownership and how to make an educated decision about purchasing a franchise. We will even help you determine if franchising is right for you. 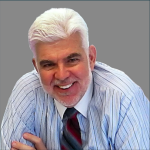 Since 1979, John Hayes has worked in the franchise community as a consultant, franchisee and franchisor. He’s one of an elite group worldwide that has actually owned and operated franchises, including serving as CEO of a major American franchisor company, and advised franchisors and franchisees.He is the author of several franchise-related books and countless articles that have appeared in media worldwide. Dr. Hayes has served for many years as an advisor to franchisors, franchisees and small business owners internationally. His areas of expertise include management development, marketing, customer service, training and strategic planning. He is the author or co-author of 18 non-fiction books including Franchising: The Inside Story, Start Small, Finish Big, You Can’t Teach A Kid To Ride A Bike At A Seminar, and most recently Buy “Hot” Franchises Without Getting Burned.

From November 2004 until January 2009 he served as President & CEO of HomeVestors of America, Inc., America’s #1 home buyer®, and the only franchise of its kind. He was a franchisee of HomeVestors from 2002 until 2005. He has been a franchisee of several other concepts and he served on the Board of Directors for both HomeVestors (Chairman of the Board) and The Dwyer Group (1992-2003). His articles about franchising have appeared in Reader’s Digest, Inc. Magazine, Wall Street Journal, USA Today, International Herald Tribune, etc., as well as many IFA-sponsored publications.

Dr. Hayes leads a variety of seminars including How To Capture & Keep Customers, and he facilitates Masterminds for franchisors, franchisees and suppliers. He is a popular speaker and trainer at franchise conventions and meetings internationally. He has provided services to more than 100 franchise companies during his career.

Dr. Hayes was a college professor at Kent State University (1972-1976) and Temple University (1976-1985), where he earned his doctorate in 1985. One of his blog articles explains how he wrote a book about franchising that created his adventure-packed and rewarding career. He is currently Head of the Business Administration Department at Gulf University for Science & Technology where he teaches marketing and leadership.