If Franchising Is Your Backup Plan, Go With Your Other Plan! 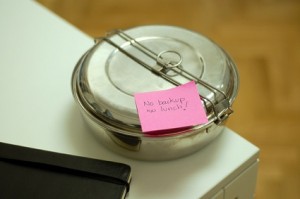 I’m afraid the remnants of the recession and sustained unemployment will lead people down a path that justifies choosing franchising as a backup plan. It’s happened before in franchise history, particularly following recessions, and it may happen to this subscriber and many others like him. Without revealing his name, here’s what he wrote:

“I am between careers. I was laid off in January from a 27 year engineering career. I’m trying to juggle two possibilities at one time . . .” (1) interviewing for jobs “when they do come up” and (2) looking at franchise opportunities.

Franchising as the backup plan

“I am continuing to research franchises as, frankly, a backup plan. . . I’d definitely like to get your opinion . . . .” He went on to say that he’d like my opinion once he “identifies that franchising is the right path” for him and when he’s ready to look at specific opportunities.

He concluded, “I’m currently working with a local office of (a franchise broker).”

My take on this

The saving grace is that the subscriber acknowledged that he has to determine that franchising is the right path for him. I trust he’ll do that before he invests in a franchise.

But if he doesn’t find a job in another 90 days, or more, it may be easy for him to make the decision to go with his “backup plan.” Suddenly, he’ll decide (perhaps with some outside pressure, i.e. a spouse, a broker, hungry children, friends, etc.) that franchising is for him. Forget that it was once a “backup plan” — it’s now the plan because, seemingly, there’s no other option.

And I think that will be a mistake.

Unfortunately, we’re likely to see a lot of misfits in franchising as a result of the current economic crisis. People have their backs to the wall financially. When their unemployment runs out and they’ve used up their savings — what are they to do?

Lots of folks who have a vested interest will tell them to “Buy a franchise!”

That spells disaster for them and for franchising. It won’t help franchising when these reluctant buyers, who never really wanted to own a franchise, fail and return to corporate America in a couple of years when jobs are again plentiful. The aftermath of failures and disappointments will further damage franchising’s reputation.

I could be wrong. Hope I’m wrong. But history tends to repeat itself!