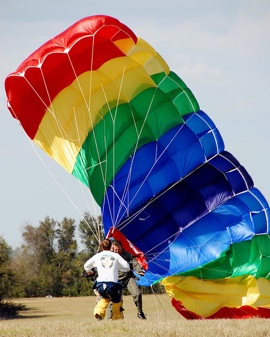 She’s back! (The previous Isabel post will lead you to even earlier posts that chronicle her buying journey as a prospective franchisee). And once more, she’s not ecstatic.

“I don’t want to give up my soul,” she said. “I just want to buy a franchise and operate my own successful business.”

Oh boy. Here we go again, I thought, back to the indentured servitude nonsense, when I first started chronicling Isabel’s adventures.

“No, no, I agree,” she assured me. “This isn’t about that. This is about my ability to make decisions relative to how I operate my business. Can we talk about that?”

“Certainly we can,” I said, “but don’t expect too much. You want to buy a franchise, Isabel. By definition there will be controls. Controls mean limitations.”

“But there are some things that I just want to do my way, at least once in a while. I want to test my ideas! What if I come up with the next greatest product for the franchise, something they wouldn’t have thought of without me?”

Controls are limiting to franchisors, too

“That’s a risk the franchisor is willing to take if you buy a franchise,” I explained. “People think only franchisees take the risks in franchising. Franchisors do, too, but in different ways. Their controls sometimes limit their ability to expand and grow and develop new products and services, but that’s a risk they are willing to take. You’ve got to take that risk, too, or don’t buy a franchise.”

“But it shouldn’t be that way,” she protested. “I’m a reasonable person, in spite of my passionate personality. I have ideas. If it’s a good idea, I don’t plan to keep it to myself. I’ll share it with the franchise. I just want to be able to buy a franchise and test my ideas.”

Do it your way, test your ideas

“Then start your own business!”

Suddenly that excited personality was kicking into gear and I was going to take the brunt of it. Rather than tell her to “Go get the money!” which is what an entrepreneur would do, I bit my tongue. Plus, she’d need a lot more than just start-up money if she intended to “test” her ideas.

Testing ideas is a risk

It’s in the testing that businesses fail. It costs money to test ideas! That’s why franchisors don’t want franchisees to do it. And that’s why franchisees buy franchises. Franchisees only have so much money, and they generally don’t like to raise more money. They need to invest their money wisely as they open and build their businesses. Investing it in tests isn’t always wise, and in fact, usually doesn’t work out.

That’s why there are controls!

But rather than explain all that now, I calmly said to Isabel, “This isn’t my fault. I’m not forcing you to buy a franchise or even to start a business. So before you get too excited, let’s stay grounded. Is there a second reason why you can’t start your own business?”

“Indeed, a good one will. That’s the safety net they throw out to their franchisees. They provide training, guidance, support, know-how, along with a brand name! But not everyone wants a safety net, Isabel, because it also comes with a price. Controls! Some people are bent on doing it themselves. If you’re one of them, please don’t buy a franchise. Get off this merry-go-round of shopping for a franchise. Save yourself the aggravation.”

“You mean save you from my excited personality, don’t you!”

I enjoy this fringe benefit

“I didn’t say that. I enjoy your passion. I consider it a fringe benefit to my fee!”

“Look, Isabel, don’t beat yourself up on this issue,” I continued. “Either you should or you shouldn’t buy a franchise. I don’t expect you to make that decision overnight, but eventually you have to. There’s nothing wrong with saying you want to do it on your own. It just creates a different set of issues for you. And, there won’t be a safety net. So think about that and . . .”

Do you want a safety net?

We’ll catch up again with Isabel in the near future. Meanwhile, a safety net may or may not be for you. If you don’t need one or want one, then you don’t need or want to buy a franchise.

Because a good franchisor always provides a safety net and insists on doing so!

Find A Franchise System That Helps You Capture & Keep The “Right” Customers. Nothing More Important Now!

Whose Opinion Counts When You Interview Franchisees? 5 Steps To Help You Decide!