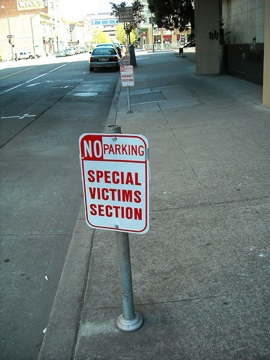 So this “Franchise Victim” showed up on Twitter asking the question, “Think a franchise is still a lucrative business model?”

Think again and then join my online business!

He answers his own question by suggesting you “Think again.” And he provides a link to a video where he tells you his “story” and invites you to request information about his fantastic online business where he’s making at least $10,000 a week.

I watched the video — a couple of times — because I’m fascinated by what goes through the minds of folks like this — people who call themselves a franchise victim. Here’s this young man claiming that he lost more than $250,000 in a franchise (and it’s likely that he did) and blaming it all on the franchisor and franchising (which may, in fact, be accurate, but I’m doubtful).

Do you gain by damning franchising?

What will the “franchise victim” gain by damning franchising when it has an outstanding record of success? If he wants to promote his fabulous online money-making business, why not do that without taking a stab at franchising? Why damn what’s obviously a good thing for many other people? But I’m getting ahead of myself — I’ve got lots of questions!

The “franchise victim” explains in his video that a couple of years ago he saved money to invest in a franchise because he was “interested in taking on a business that was a proven successful model.” He claims that he invested $50,000 of his own savings and borrowed another 250k from a bank. Less than nine months later, according to the franchise victim, his store closed and he was “left holding the bag on a $250,000 bank loan.” (Even the wording sounds fraudulent).

The franchise victim then makes this claim: “Having been through (the franchise experience) I can now tell you that franchising is a phenomenal business model for the franchisor. They transfer all the risk to the franchisees — I’m the one that got a $250,000 bank loan — and they take money off the top, so they make money even if you don’t make money.”

Here are my questions for the franchise victim

All of which leads me to a series of questions that I’d like to ask the franchise victim and anyone who watched his video.

First, to the franchise victim: Why didn’t you invest your money in a proven business, especially since that was your goal? If you had done so, you wouldn’t be a franchise victim now. You may, in fact, happily be on your way to the status of multi-unit franchisee, generating a tidy sum of profit for yourself.

You didn’t invest in a proven business — why not? There are plenty of them! Did you overlook them? Did someone twist your arm to buy an unsuccessful, unproven franchise? Or did you simply make a mistake?

Do you realize there are, in fact, thousands of successful franchisees in the United States and thousands more worldwide? And are we to believe there’s something wrong with all of them, too? Their lucrative businesses really don’t work?

How did they manage to succeed while you didn’t? What’s different about them and you? They took the same approach you did — except they actually did invest in a proven system. How did you miss out?

Questions for viewers of this “story”

Second, to viewers of the video: How much credibility do you give the franchise victim and his story? Do you believe his story?

Do you believe the franchise victim when he says that “franchising is a phenomenal business model for the franchisor”? Is that an accurate summation of franchising?

Do you believe him when he claims franchisors “make money even if you don’t make money”?

Do you believe him when he says franchisors “transfer all the risk to the franchisees”?

Post your comments publicly, or if you’d prefer, send them to me privately. I’ve got answers to my questions, but I’ll consider what you have to say, too. I’d like your perspective. If you’re okay with me quoting you, please give me your name and your permission. There’s a chance we can actually help the franchise victim by giving him some insight to his Twitter promotion.

One thing about the franchise victim that I liked: He advises you to “think long and hard” before you invest in a franchise. Well, duh! We wish he hadn’t missed that advice himself. Franchising is not for everyone; it’s not for most folks. Clearly it wasn’t for him.

Interesting how he jumps to the conclusion that franchising isn’t for you, but his online business is!

Meanwhile, how interested are you in getting information about this young man’s online business where he claims you can make at least $10,000 a week working from anywhere in the world without dealing with employees, insurance, rent or 90-hour work weeks?

You ready to get into business with him?