Part I: Taking the Fear out of Franchising 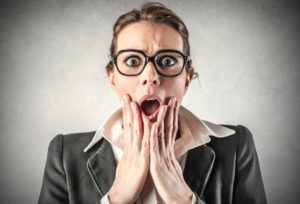 Franchising is a very simple concept, and when people understand how it works, and are committed to its fundamental principles, it’s not anything to be feared. Under those circumstances, it works perfectly!

Unfortunately, some people, some of the time, turn franchising into something it was never intended to be, and that’s when it doesn’t work.

That’s when the guy down the street buys a franchise and ends up in bankruptcy. Or the couple across town runs to the local newspaper to complain about their franchisor.

Bottom line is that the negative publicity creates more fear.

And franchise critics, often themselves failed franchisees, will add their two cents to the mix:

And so it goes. Most all of it is unsubstantiated nonsense that merely perpetuates unfounded fears.

Meanwhile, in franchise companies across America, and throughout vast regions of the world, many franchisors and franchisees operate their businesses harmoniously and profitably.

But no one, including the best of franchisors and franchisees, denies that some people have mucked up franchising to suit their selfish needs, and in the process have created mountains of fear for prospective franchisees.

There have been, there are, and there will continue to be, morally corrupt franchisors who see franchising as a way to use other people, and especially their money, to expand a business.

There have been, there are, and there will continue to be self-righteous franchisees who are unsuited for franchising, but who nevertheless buy their way in and then damn the franchisor when they go broke.

Under those circumstances – a morally corrupt franchisor, and/or a self-righteous franchisee – franchising doesn’t work perfectly, and understandably so.

But when all the stars line up in the franchise universe, and an earnest franchisor is paired with a well-informed franchisee, franchising erupts economically. It creates not only wealth, but a depth of satisfaction that rewards both franchisors and franchisees.

With nearly 40 years invested in franchising, I’ve witnessed the eruption more than just a few times. When it works, and there’s no good reason why it ever should not, franchising is the envy of the business world.

And yet, it’s so simple!

Which makes me wonder – could it be that because it’s so simple it’s vulnerable not only to miscreants, but to innocents, as well, who think that something so simple should work for them, too?

After all, most successful franchisees will tell you that their good fortunes are not normally a matter of genius, and absent the evidence of genius it’s easy for others to look on and say, “If he can do it, I can do it, too.”

And yes, they can, but not without understanding and accepting a few fundamentals, which, in the excitement and anticipation of becoming a successful franchisee, are often overlooked, never mentioned, or under-estimated.

Without knowing and respecting the fundamentals, you should be fearful of franchising because it can take you down and under.

It’s not a hobby. It’s not like multi-level marketing – you can spend a little money, play around with it for a while, and then forget about it. Franchise agreements are not short-term, and they are very specific about the penalties for those who violate the terms.

Are you willing to accept the fundamentals?

However, when you acknowledge and accept the fundamentals, there’s much less to fear. In any business there’s always going to be some fear because no one can predict the future. But with a firm grasp of franchise fundamentals, and a desire to make them work for you, you can put fear in the rear view mirror.

Want to know those franchise fundamentals?

I thought you would.

But let’s take this a step at a time. Or, a part at a time. Part II of this series is all about franchise fundamentals.

Tags: Taking the Fear out of Franchising