Why starting a business is a huge risk

This blog article is adapted from the forthcoming book:

Taking the Fear Out of Franchising, by Dr. John P. Hayes. 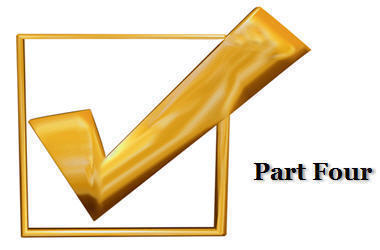 I thought of titling this book: Taking the Fear Out of Business because when you buy a franchise you buy a business, and if you’re fearful of franchising, you’ve got to be fearful of business.

. . . You have good reasons to be fearful of starting a business, but they are not the same reasons that make you fearful of franchising. In recent years, business failure rates have gone from bad to worse, according to the U.S Bureau of Labor Statistics.

According to the U.S. Small Business Administration’s (SBA) Office of Advocacy, about half of all new businesses survive five years or more in America, and about a third survive ten years or more. It would be interesting to know if franchised businesses fared better or worse than non-franchised businesses, but the SBA does not differentiate that data. However, you’ll discover (later in this series) that that differentiation doesn’t matter all that much anyway!

In 2015, an article by Gallup’s chairman and CEO, Jim Clifton, pointed out that starting a business in America is more perilous than ever. Relying on data provided by the U.S. Census Bureau, Clifton explained:

“Business startups outpaced business failures by about 100,000 per year until 2008. But in the past six years, that number suddenly reversed, and the net number of U.S. startups versus closures is minus 70,000.”

With those statistics, could anyone draw down their life savings to start a business without at least a little bit of fear?

Is it any wonder that many people who dream about starting a business can’t because they’re confused, dazed, and/or immobilized?

No specific info about franchises

Interestingly, while the U.S. Government doesn’t break out data that’s specific to franchising, the government treats franchises as businesses, albeit small businesses, and expects franchisors and franchisees to comply with a myriad of business laws. Collectively, franchising is “big business,” though its numbers pale in comparison to non-franchised businesses, or what Gallup refers to as “America, Inc.”

There are some 6 million businesses in the United States, but only some 900,000 franchised units. Throngs of lobbyists at all levels of government protect America, Inc., while franchising mostly depends on one association, the International Franchise Association (IFA), and individual franchisors and franchisees, to do its lobbying.

IFA mobilizes groups of franchisors and franchisees for local and federal grassroots lobbying, but lacking the gobs of money that millions of businesses pay out for protection, franchise lobbying is high-spirited, but not always effective.

Nonetheless, no one should overlook that franchising provides nearly 9 million jobs, and creates jobs at a faster pace than does the overall economy! This is not a force that Congress or government agencies should ignore. The loss of franchising would deliver a devastating blow to the American economy, not to mention destroy the dreams of successful franchisees and their franchisors.

. . . Nowadays, thanks to the IFA, it’s unlikely that anyone who serves in the United States Congress, and even in the state legislatures, doesn’t at least know about franchising as a legitimate business choice. Every year in Washington, D.C., the IFA organizes franchisors and franchisees in small groups that descend upon Capitol Hill for the purpose of meeting with legislators and their staff members to educate them about franchising, and to make them better aware of the trials and tribulations of franchisors and franchisees in the hopes that they will keep their plight in mind when they amend regulations, or introduce new laws.

. . . (But): Is it safer to buy a franchise instead of an independent, non-franchised business?

About.com apparently thinks so! That Web site reported: “Some studies show that franchises have a success rate of approximately 90 percent as compared to only about 15 percent for businesses that are started from the ground up. The increased probability of success usually far outweighs any initial franchise fee and nominal royalties that are paid monthly.”

(Surely no one takes those numbers seriously!)

Even so, many people seemed oblivious to the IFA’s message or to any message that even suggested a fear of franchising. They wanted to buy a franchise because they liked a certain brand. Or they wanted to buy a “hot” business. Or they needed a job, or a career. Or their neighbors or friends or in-laws were making big bucks with a franchise business and, bottom line, they wanted one, too!

However, there was something else going on that everyone missed, including franchisors and the media. Amidst the frenzy of who reported what about franchising, there was one fundamental explanation that would make all of this nonsense go away.

It didn’t matter what (various franchise studies) said about franchising. It didn’t even matter what the SBA, or any other government agency reported about the success or failure of franchisees.

If you understood just one principle, you could laugh at the survey results, the articles, the TV exposes, and the books that bashed franchising. And in Part V of Taking the Fear Out of Franchising I’ll share that principle with you.