A calculated risk: buying a franchise 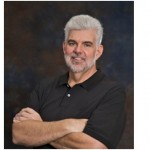 Should You Buy a Franchise If You’re One of the First Franchisees to Join the Network?

A question franchise buyers frequently ask at my How to Buy a Franchise seminars goes like this: “If I buy a franchise where I’m one of the first franchisees in the system, is that the kind of franchise to buy? Should I be concerned about owning a franchise when there... View Article