The QEC On Franchising Explains Why Some Franchisees Fail. Here’s How You Can Excel 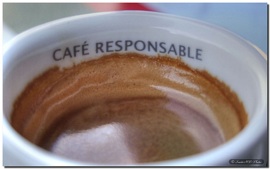 Enjoyed breakfast this morning with a smart, corporate America type-of-guy, a young man who would excel in franchising, and he told me something about franchising that I had not heard before. He told me why many franchisees fail.

Turns out a couple of his closest friends had purchased franchises and neither one worked out successfully. One friend’s franchise continues “to do okay,” but the other friend has failed. I expected he’d then tell me that franchising doesn’t work — he is, after all, a successful corporate America guy — but instead he said the problem for his friends was that “they were looking for quick, easy and cheap.”

And franchisees fail when the franchise is quick, easy and cheap, or what we referred to during breakfast as QEC.

How do you define franchising?

It’s an interesting point – the QEC on franchising, I thought.

My breakfast companion pointed out that many people — some whom he identified as  “lazy” — think they can buy a franchise, start it up quickly, operate it with ease (i.e. delegate it to a manager), and do it cheap! For many people, that defines franchising.

As I said, I hadn’t heard this before. And I’ve never thought of franchising as quick-easy-cheap.

You could buy one in 15 days–that’s quick

But, of course, it’s fairly quick to start up a franchise. You could find one today and buy it two weeks from now (there’s a 14 day requisite disclosure period). If training lasted only a week and you opened the business in your home, you might be up and operating within 30 days max! That’s quick!

It also can be easy. After all, a franchise is designed for easy. A franchisor invented the operating system, dressed it up with a brand, identified vendors, and worked out the kinks, so it should be easy to learn how to operate the business. The franchisee’s job is to follow the system. That’s easy!

Cheap is a relative term

Cheap isn’t always true, depending on your perspective. Many people complain that they can’t buy a franchise because it’s too expensive. By the time they pay a $40,000 franchise fee, and spend another $150,000 on the build out, plus supplies, advertising, and various other start-up costs, it’s not cheap.

On the other hand, if you’re buying a home-based franchise, or a service franchise that’s mobile, or one that you can operate from a small office, you may be all in for less than $20,000. That’s cheap!

So while I hadn’t thought of it, franchising is (or can be) quick-easy-cheap.

And, as my friend pointed out while I spooned at my oatmeal, that’s not good!

However, it’s not good only because it may give some people the wrong impression. And it may, in fact, explain why franchisees fail.

Turns out that my companion’s friends misinterpreted QEC to mean: Absentee Ownership. Because their franchises were QEC, they thought they wouldn’t personally need to be on-the-spot to build their businesses. In fact, one of the friends bought a franchise to hedge his bet against his corporate job. If he lost his well-paying position, the franchise business was his fall back.

“If you’re not willing to eat, drink, sleep, dream and worry about your business,” my companion explained, speaking from experience, “you’re not going to build a successful business. And my friends didn’t do that because they didn’t think they had to. They were looking for quick, easy and cheap.” And, of course, that’s when franchisees fail.

Don’t be misled by QEC

By the end of our meal I understood the point, and it’s a good one. It’s okay that franchises are QEC. But don’t be misled! Most of the successful franchisees I’ve interviewed in the last 30 years, including those who left corporate America, have told me, “I’ve never worked harder in my life,” when speaking about their franchise experiences. Of course, they also said they didn’t mind the hard work and long hours because they loved that they owned the business!

Your franchise may be QEC, but it will also require your personal involvement, day-to-day, initially at least, to make it successful. Eventually — if you invested in a good franchise and you follow the system — you may be able to turn over your franchise business to managers and let them operate it for you. You may even be able to own multiple outlets and multiple concepts.

But until your franchise business is successful, you’re the one who needs to make it happen. My companion understood that, which is one of the reasons why he’ll excel if he becomes a franchisee, QEC or not!