Whose Opinion Counts When You Interview Franchisees? 5 Steps To Help You Decide! 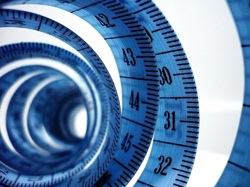 Got 3 minutes? View my new video about evaluating franchisee interviews.

As you do your homework to determine which franchise to buy (or if you should buy one at all), you’ll likely hear a variety of opinions and comments shared by existing franchisees. Your challenge now: Who to listen to?

Making sense of what franchisees say

Whose opinions count the most when you’re interviewing franchisees?

Here are 5 guidelines to help you interview franchisees and make sense of what they say:

Who are you talking to?

When I served as CEO of HomeVestors, prospects would occasionally tell me they weren’t buying one of our franchises because of what they had heard from the existing franchisees. I would ask the prospect, “Which franchisees did you interview?” And most of the time, the franchisees were in the bottom 25 percent of our franchise network.

“What do you care what franchisees in the bottom 25 percent say about this business?” I’d ask the prospect.

You can usually ignore the bottom performers

Quite often, the prospect didn’t know who they were talking to! They were surprised to find out that they had interviewed the worst performers. Again, I’m not suggesting you ignore all the negative comments you hear from franchisees. But, unless you hear the negatives over and over again, I think you can ignore most comments from bottom performers.

If the best performers share the same negatives as the bottom performers, that’s worth exploring. Maybe there’s a deficiency that the franchisor needs to correct.

Work your way to the top of the network

Unless you plan to end up in the bottom 25 percent of a franchise network, stay away from it! Listen to the franchisees at the top!

And by the way, that advice also works for existing franchisees. Watch who you’re talking to! Bottom performers aren’t going to help you rise to the top.

. . . Register immediately for my free franchise tele-seminar: How To Buy A “Hot” Franchise And Not Get Burned!  I’m giving subscribers to my blog the first opportunity to sign up for the tele-seminar and get an unbelievable package of information about franchising — all free. Later today I’ll begin promoting the tele-seminar to thousands of prospective franchisees and once the available slots are filled the tele-seminar will be closed. So this is your early notice — sign up now and take advantage of this opportunity.