“You Mean I’ve Got To Pay A Royalty To The Franchisor? Forever?” 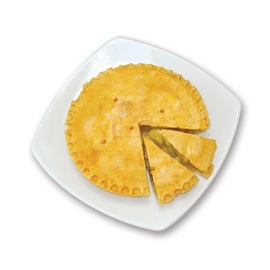 You guessed it. Isabel is back! (Scroll to the bottom of this article for links to previous Isabel articles and follow her journey as she hopes to buy a franchise). And she’s got questions about the franchisor’s royalty fee.

Shouting about the royalty fee

Without doubt, the royalty fee is one of the financial (and sometimes psychological) stumbling blocks in a prospective franchisee’s due diligence.

“You mean to tell me the franchisor’s going to take seven cents of every dollar I collect from my customers? . . . They take the royalty out of my gross sales?” asked (actually, shouted) Isabel.

“That’s what I mean to tell you!” I shouted back. (Sometimes you fight fire with fire, even when you’re talking to a customer).

Not all franchisors charge a 7% royalty, as you probably know. Some charge less; some charge more. And some charge a flat fee, i.e. $500 a month, or $800 per transaction. Most, however, charge a percentage royalty and it’s almost always against the franchisee’s gross sales, not the net sales. Whatever the case, the royalty fee will be clearly disclosed in the franchisor’s disclosure document.

“Well I think they ought to take their royalty out of my net sales because, after all, I might not make any money!” Isabel continued shouting.

“I understand,” I told her, now speaking calmly, trying to settle her down. “But it doesn’t work that way, Iz. By the time you back out all your expenses, including possibly even paying for your car, and your husband’s car . . . ”

“He’s my boyfriend,” she added.

Getting down to the net money

“Okay, then by the time you back out the expense of paying for your boyfriend’s car, which I realize you wouldn’t do, but let me make a point here,” I hurriedly said. “There are lots of ‘lifestyle’ expenses that a franchisee might pay for out of their business revenue, and that’s not fair to the franchisor. Because by the time you get finished paying for expenses, your net revenue could be negative! Then the franchisor collects zero royalty.”

“I wouldn’t expect them to get zero royalty,” she said, calmly. “But isn’t seven percent of the gross a lot of money? . . . And” — getting excited again — “they’re going to collect the royalty every month? For as long as I’m a franchisee?” Yep, back to shouting at me again.

What’s a lot of money?

“Maybe . . . yes . . . yes,” I said. “In other words, it may be ‘a lot of money’ but I can’t tell you that without knowing more of the details. How much gross revenue will you generate? . . . And yes, they’re going to collect the royalty monthly (unless the agreement specifies otherwise, i.e. weekly), and yes, they’ll expect to collect a royalty for as long as you’re a franchisee.”

How do they spend those royalty dollars?

Seven percent — any percentage as far as that goes — may be “a lot of money,” but franchisors have a right to collect a royalty. They need to collect it, in fact! Because how else do they meet their financial requirements?

Franchisors have substantial expenses to cover every month. Landlords want to get their rent, employees want to get their paychecks, vendors expect to collect their money, the attorneys need to be paid, the franchise sales team wants its commissions, there’s airfare to pay, support costs to be covered, etc. etc. etc. You get the point.

Royalties pay for all that and more!

Cut to the chase with franchisors

I decided to cut to the chase with Isabel. “Don’t get too uptight about the royalty until you gather more information,” I continued. “Have you asked the franchisor to tell you what they do with your royalty money?”

“No,” she said, sounding surprised that she could ask that question.

“Will they tell me?” she asked.

Move on if they won’t answer your questions

“If they won’t, I’d suggest you look for another franchise to buy. Good franchisors will tell you. Take a look at their audited financial statement — it’s part of the disclosure document. Right there you can figure out how they’re spending those royalty dollars. You have a right to know this, and the franchisor doesn’t keep it a secret. Ask them to break it down for you. What do they do with your royalty money?”

“I hadn’t thought of that,” she said. “I’ll do it. I think it’s a lot of money, seven percent of every dollar I bring into the business.”

“No doubt it will be a lot of money,” I said, “but what do you think it costs to operate a franchise company? I already knew her answer so I quickly added, “It’s time you find out.”

Royalties get reinvested in franchisees

I was on a roll: “Keep in mind that some of that royalty money should be spent on you! It’s reinvested in you.”

“Do you expect the franchisor to provide you with support?”

“Of course!” She was snapping at me again. (Granted, I deserved it for sounding dimwitted).

“Do you think they should provide that support free of charge? I know you don’t, Iz. But again, I’m making my point. If the franchisor employs someone who is responsible for taking care of Isabel, that’s important to know. And if that person is good, I bet Isabel wants that person to be well paid so he or she stays on board and continues to provide that valuable support. Right?”

“I get the picture,” she said.

Can the franchisor afford to sustain the business without royalty dollars?

“I knew you would,” I continued. “You’re on the right track. Ask more questions about how the franchisor spends your royalty dollars. Make sure the franchisor is re-investing some of that money in you by providing support, training programs, creating new marketing materials, developing new product lines, creating new opportunities for you to sell more, etc. etc. etc.”

“Go get ’em, Iz! . . . And don’t get overly excited. The royalty is part of the franchise model. If you can’t afford to pay the royalty, then don’t buy the franchise. Better to find out now rather than after you buy the franchise! Franchisors aren’t stupid. They realize their model has to work for you as well as for them. It’s your job to ask all the questions now, to get at the nitty gritty of how the model works. Stay focused and you’ll get the answers you need. I’m sure of it!”

Oh, by the way, I didn’t have the chance to say this to Isabel — actually, I just didn’t want to brave it in this particular conversation. Royalty dollars also include the franchisor’s profits!

Yes, franchisors are in business to make a profit. A good profit! (Again, look at the audited financial statement and find out how much profit). They make their profit off the franchisees’ royalty dollars. And we’ll talk about that topic another time!

The Franchisor Spelled It All Out And Isabel Was Furious! She Screamed: “Do They Think Franchisees Are Robots?”

Why You Can’t Have It ‘Your Way’ When You Buy A Franchise. Get This: It’s Not A Democracy!