Many people who would like to buy a franchise mistakenly believe that franchisors will not negotiate with them. “It’s either their way or the highway.” But that’s not true.

Now’s no time to be timid 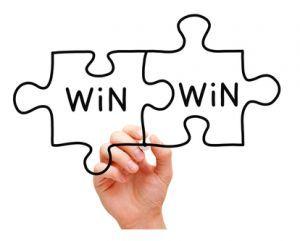 It is true that certain requirements imposed by franchisors are non negotiable, but some deal points can be negotiated, and you should not be timid about getting your way, at least some of the time. If you’re one of the first franchisees to buy the franchise, the franchisor may need you more than you need the franchisor. That gives you the strength to negotiate.

Or let’s say you’re an experienced franchisee who has operated multiple units, or you’re bringing value (volume) to the franchisor . . . in these circumstances a good franchisor will at least consider your point of view and possibly agree to a negotiation.

Do you really want to negotiate?

That said, let me quickly point out that franchisors establish rules and regulations for good reason. I don’t know any franchisors who come up with arbitrary decisions just for the sake of being difficult. Franchisors know what it takes to succeed as a franchisee in their business. They know (or God help them if they don’t, and God help their franchisees) the type of person who makes a great (i.e. profit generating) franchisee, and the kind of work (requiring skills) that needs to be done daily, weekly, periodically to build a profitable business.

Do you really want to negotiate with a franchisor who truly does have the answers to success in his or her business?

How well do you know geography?

For example, I was the CEO of a franchise company that sold shared territories. In other words, we would sell X number of franchises into one territory, be it a county or parts of counties in the USA. Every so often a prospect would come in and request a larger territory. In quite a few cases we agreed to the request because the prospective franchisee knew the geography better than we did. The prospect would point out, for example, that the “southern tip” of a particular county belonged in his “territory,” and once we looked at the geography he was right.

If you believe you can make a case for altering the franchise agreement in your favor, ask for it! You may not be victorious, but in the process you’ll learn a lot about the franchisor’s willingness to listen to you and to negotiate. Listening is not necessarily a quality shared by all franchisors.

Beware of a franchisor’s weaknesses

Certain points will not be negotiated, or if they are I would re-think buying into the franchise. For example: Fees. Of course, every prospect wants to negotiate the franchise fee, and/or the royalty fee. But neither is likely to occur, and for good reason. Why shouldn’t you pay the same fee that the last franchisee paid (or even more)? Why shouldn’t you pay the same royalty? Giving you an advantage that another franchisee didn’t get is a good way for a franchisor to open the door to a lawsuit.

Don’t let the notion that franchisors do not negotiate keep you from inquiring about buying a franchise, or from asking a franchisor to negotiate. Franchisors have the capacity to be creative, especially when they see a prospect that they want to claim as a franchisee.