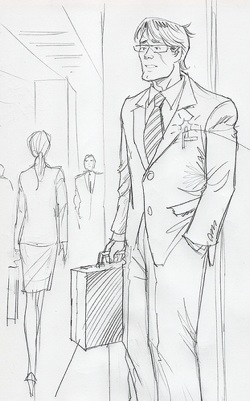 She wants to buy a franchise. Has a pretty good idea which type of franchise she wants to buy, and she has the money — at least most of the money that she’ll need for a start up in this particular industry.

She’s done some homework, with a little help from me, and she’s collected information from targeted franchise companies.

But today, she’s crazy (I mean that in a nice way, of course) because she read something that will derail her plans to buy a franchise. “If this is true,” she shouted, “I’d rather take my chances and start a business on my own.”

She was screaming at me today!

She read on some Web site that franchising is little more than “indentured servitude.” While talking to me — screaming at me, really — she said I should have told her that she’d be nothing more than a “slave” as a franchisee.

“Why didn’t you tell me that?” she demanded to know.

I didn’t think so.

Here’s my take on the issue

Here’s what I told Isabel and what I will tell you if you ask the same question:

Don’t insult the slaves. They had no choice. In addition, don’t confuse slavery with indentured servitude. They mean different things. And you, my dear Isabel, you have a choice that neither slaves nor servants were afforded. No one is forcing you to buy a franchise. And if you do buy a franchise, no one is forcing you to buy this one or that one. You — and only you — get to choose.

Want to hang up?

So if you’re going to continue talking crazy, it’s time we end our relationship!

She didn’t hang up, so I continued:

Furthermore, if you have even an inkling that it’s indentured servitude, then why would you bother buying a franchise? Forget it. Keep your job. I’m sure you have lots more freedom working for your employer! (Yes, that was sarcastic).

And let me add this. I’ve owned several franchises. I enjoyed each experience, though some were more profitable than others (and some of the franchisors were better than others). Never once did I think of myself as a servant, but rather, I was in control of my destiny and in control of my operations to the extent the franchise agreement permitted me to be.

And since I knew, and agreed to, the boundaries of the franchise agreement, I had no issues with the franchisor’s controls. If you think those controls will be a problem for you, Isabel, then move along, stay away from franchising, it’s not for you. Don’t try to make it something that it’s not! (Watch this video now.)

Be careful of who you talk to!

Finally, Isabel, pay attention to who you’re talking to — or in this case, what you’re reading and who wrote it. Of all the successful franchisees I know — multi-millionaires included — I don’t know of one that would compare their franchise to indentured servitude. On the other hand, I understand why a failed franchisee would make that comparison. They gotta blame their failure on someone or something, and it’s surely not going to be the person they see when they look in a mirror.

Beware of some franchisors: the bad ones

Okay, I apologize for that last statement, because, in fact, there are bad franchisors who take advantage of their franchisees. They lie to them. They mislead them. They control them. They even try turning them into indentured servants.

But Isabel, all you’ve got to do is your homework and you’ll uncover the bad franchises before you ever make your commitment.

. . . When we finished talking she had settled down and had returned to the lovely, sensible Isabel that I’ve known now for several months. She’s off this week looking for earnings claims. I’ll let you know when she checks in with me again!

. . . Register immediately for my free franchise tele-seminar: How To Buy A “Hot” Franchise And Not Get Burned!  I’m giving subscribers to my blog the first opportunity to sign up for the tele-seminar and get an unbelievable package of information about franchising — all free. Later this week I’ll begin promoting the tele-seminar to thousands of prospective franchisees and once the available slots are filled the tele-seminar will be closed. So this is your early notice — sign up now and take advantage of this opportunity.