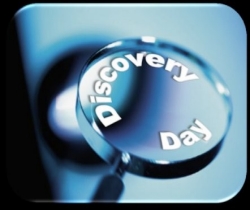 Must attend Discovery Days before  you buy a franchise

“Discovery Day quickly prepares you to make the ultimate decision: To buy or not to buy the franchise.”

When you’re looking to buy a franchise, expect franchisors to invite you to their Discovery Days, and don’t be afraid to accept their invitations. This may be your best opportunity to get clear-cut, simple answers to all of your pre-investment questions. And it’s free!

But before you go, here’s what you need to know to help you get the most from franchise Discovery Days.

Discovery Days are “show and tell” opportunities for franchisors and their prospective franchisees. During what’s usually a day-long event, franchisors, and members of their corporate team, get to explain to prospects what they can expect after they buy a franchise.

Yes, certainly, it’s a “sales event,” but it’s a “soft” sales event. And that should not discourage you.

If you’re going to buy a franchise, you will need to get used to being sold almost all the time. Whether it’s a pitch to get franchisees to attend the franchisor’s annual convention, or to buy a new marketing plan, or to invest in updated equipment, good franchisors are always selling to franchisees.

Is it the same as a Decision Day?

Good franchisors also offer Discovery Days as a way to help their prospects, and ultimately to help themselves to close deals, which explains why some franchisors call the events Decision Days.

Is this when I’ll get the disclosure document?

Franchisors that offer franchises to U.S. citizens, and this includes foreign franchisors marketing in the USA, are required by federal law to provide a disclosure document to prospective franchisees at the first serious meeting to discuss the sale of the franchise opportunity.

Personally, I think it’s a bad decision to expect prospects to sign a franchise agreement without giving them time to go home, consider the information, discuss it with their advisors, and think about their decision, which may require them to put up all of their savings.

I advise the franchise prospects that I coach to make it clear to the franchisor, “I’m coming to the Discovery Day, but I will not be prepared to sign the agreement. Still want me to come?”

Franchisors should never place you, as a prospective franchisee, at a disadvantage, or make you uncomfortable.

Besides, you may only have begun to do your due diligence and you may be planning to attend multiple Discovery Days – words that no franchisor, or franchise sales person, wants to hear. However, this period of exploration is about you, as much as it is about franchisors and their opportunities, so never cut short your due diligence just because a franchisor wants you to sign a franchise agreement.

And it’s rarely a good idea to buy a franchise without at least visiting the franchisor at the corporate office and attending a Discovery Day. If you boil down your selection to three to five opportunities, you should attend three to five Discovery Days.

How do I get invited?

If you’re seriously interested in a franchise brand, get to a Discovery Day as soon as possible.

As soon as you know that you’re more than casually interested in a franchise opportunity, ask, “When’s your next Discovery Day?” That’s not only a good way to indicate your interest and perhaps get more attention from the franchise sales representative, but it also demonstrates that you’ve done some homework and you know that a Discovery Day is a common occurrence among franchise companies.

Still, you’re not likely to get invited to a Discovery Day until the franchise sales rep believes that you’re qualified to buy the franchise. In other words, you not only have the desire to acquire a franchise, but you can meet the financial and operational requirements, too.

At a minimum before inviting you to a Discovery Day, the franchisor will require you to complete an application, or what may be euphemistically referred to as a qualification report, which doesn’t sound as serious, but requests the same information from you, including your financial status. Franchisors are also eager to be sure that you don’t have a criminal record, or violate immigration laws.

What’s on the agenda?

Primarily, the franchise company’s corporate staff – especially those that interact the most with franchisees, i.e. directors of training and support — control the agenda. However, founders, owners, and company presidents are also frequently part of the program.

In a nutshell, a Discovery Day might begin with the franchisor representative saying, “Here’s what we do, how we do it, and here are the people who make it happen.”

Existing franchisees may also be on the agenda. The franchisor invites them to share their personal stories, including what they did before they bought a franchise, how and why they decided to buy their current franchise, what they like about this franchise, how they spend their days as franchisees, the highs as well as the lows of operating a franchise business, and so on.

These personal testimonies are extremely popular and, of course, they are selectively chosen by the franchisor. Don’t expect to hear any negative comments during a Discovery Day. If they exist, you’ll find them online, or you’ll hear them when you interview franchisees by phone or visit them in person.

If you want to see a Discovery Day agenda before you decide to attend, ask your sales rep to send you a recent agenda.

A day to educate prospects

Essentially, the Discovery Day is informative, and the stars of the show are often the training and support people, or the staff who demonstrate how the business works. It’s a clever idea that franchisors have used for decades because it’s an efficient way to educate prospective buyers about the brand, and to get an up close look at potential buyers before they become franchisees.

It’s not unusual, by the way, for a prospective franchisee to want to buy a franchise after a Discovery Day, and the franchisor says “no”. A franchisor’s “no” doesn’t come without a good reason. Something happened during the Discovery Day to convince the franchisor that a particular prospect wasn’t right for the business. So keep in mind that while you’re there to inspect the franchisor, the franchisor is looking right back at you.

How many prospects attend the same event?

Large franchisors may conduct daily Discovery Days with only one or two prospects, while other franchisors prefer to reserve a day or two a month for this event and fill a room with prospects. Whatever the case, you probably won’t be alone at the Discovery Day.

Keep in mind that the Discovery Day is a live event where you’re expected to participate.

If you don’t answer questions asked by the staff, ask questions of your own, or interact with others in the room, the franchisor may conclude that you really weren’t all that interested.

Somehow, if you are interested, you’ve got to make it known, because at the end of the day, or within 48 hours, the Discovery Day team will confer with the sales team and pass judgments: “They were great – they asked all the right questions – we want to sign them as franchisees.” Or “He sat there all day and never said a word and hardly took any notes. During lunch I tried to talk to him, but he just didn’t seem to be interested.”

Discovery Day is not a time to be shy, even if that’s your normal personality. Make it a point to be seen and heard throughout the day, and that’s how you’ll impress the corporate team.

Of course, if you discover at any point during the meeting that you really aren’t interested in buying this franchise, that’s okay, too. It’s also okay to excuse yourself from the meeting if you don’t want to hear any more information.

Rarely does anyone leave a Discovery Day because the sales team usually does a good job of vetting prospects and helping them get ready for the event. Besides, other than travel costs and time, the day doesn’t require much of an investment.

Normally, prospective franchisees have a long list of questions they need to get answered, and the Discovery Day is the perfect opportunity for that.

An advantage of attending an event with a dozen other prospects is that you’re likely to hear questions that you didn’t think to ask. A group is often more effective than one or two prospects at a time, but this may depend on the prospect’s background and familiarity with franchising.

It also depends on the prospect doing some homework and preparing a list of questions. Fortunately, I’ve done much of that work for you in 101 Questions to Ask Before You Invest in a Franchise, an Amazon best seller. Why not rely on it? I list the questions to ask not only the franchisor, but franchisees, attorneys, accountants, and suppliers, too. Thousands already consider this inexpensive eBook to be a treasured resource, and I’m sure you will, too.

There’s no obligation to buy

Remember this: You do not have to sign a franchise agreement until you’re ready to do so, and you are not obligated to buy a franchise just because you attended a Discovery Day or even a Decision Day. However, just to help you understand the process, if there’s only one franchise available in the territory that you want, and some other qualified prospect says yes before you do, you lose the opportunity to buy in that territory. It doesn’t mean you’re totally out of the game, but you will have to select another territory and that also could require you to move. Franchisors prefer franchisees to live in or near their territories.

Attending a Discovery Day may cost you several hundred dollars for travel, lodging and food, and a day or two of your time, but it’s worthwhile because the Discovery Day quickly prepares you to make the ultimate decision: To buy or not to buy the franchise.

Have you discovered the How to Buy A Franchise Show?  New Podcasts posted every Monday. 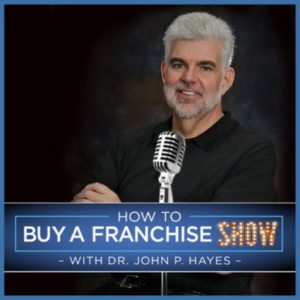 If you have enjoyed listening to this podcast, please help us by leaving a Rating or Review on iTunes!