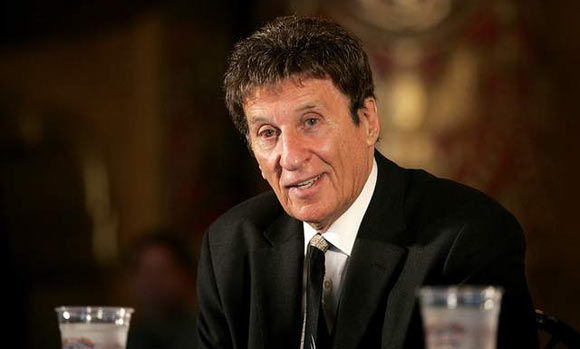 Mike Ilitch showed us all how a little bit of money and an idea – in spite of education and social standing — could be turned into a multi-million dollar international franchise business. Ilitch died last week in his hometown of Detroit. He was 87 and the founder of Little Caesars Pizza.

I met Ilitch while writing Start Small, Finish Big. To round out the book, I needed stories from entrepreneurs who had invested less than $10,000 to start a business and then finished big. Ilitch’s story was perfect.

Destined to be a bum

The son of immigrants from Macedonia, Mike’s father thought the Chrysler plant was the only place to work, but Mike wanted to play baseball for the Detroit Tigers. His father said all sports were a waste of time and when Mike broke his ankle playing ball in the Tigers’ minor league his father threw him out of the house. “As far as my pop was concerned, I was destined to become a bum, and he wasn’t going to allow me back in the house until I could pay my own way.”

The break turned out to be the break of Mike’s life. Soon thereafter he invested $3,000 to open a small pizza parlor at a time when pizza wasn’t all that popular. He fell in love with the business and never gave up on it.

However, the Korean War interrupted his plans. Mike enlisted in the Marine Corps with every intention of going to war, but once he got to Pearl Harbor a Colonel pulled him aside and said he was staying on the island to play baseball for two years. “I wasn’t proud of it (missing combat),” he said, “but that’s the way it happened.”

By this time he was married and living in Detroit, and he told his wife, Marian, that he wanted to open a pizza shop. He wanted to call it Pizza Treat, but Marian didn’t like the name. She said, “We’ll call it Little Caesars Pizza Treat” because Mike’s brash mannerisms reminded her of a Caesar. “But you haven’t accomplished much yet,” she explained, “so you’re a little Caesar.” And the name stuck.

But it wasn’t easy getting a business off the ground, particularly when all you had to invest was $10,000. However, when you’re determined to succeed money doesn’t matter. When one idea didn’t work, and most didn’t, Ilitch tried another. It was never lost on him that he had plenty of at-bats in the minor leagues and most of the time didn’t get a hit. Still, he averaged .349 his best season, and that was pretty good.

He knew that all he had to do was find a few good ideas that clicked and Little Caesars would become a household name. 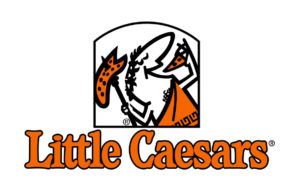 The business eventually flourished and the guy who was supposed to become a bum instead became one of Detroit’s richest men. By the 1990s, in fact, Ilitch had plenty of money to invest in sports. The Detroit Tigers never called him up to the big leagues, but in 1992, he bought the franchise from Tom Monaghan, the controversial founder of Domino’s, whose chain had fallen on hard times. Ilitch also bought the Detroit Red Wings (hockey) and the Detroit Rockers (soccer).

I interviewed Ilitch one day in late 1999 when he was at the top of his game. “I’m still looking for opportunities,” he said. “If you hear of a good one, let me know.” It was the last time I talked to him. I pray that he’s now found the best opportunity of all as he rests in peace.

You want to know how to build a business when you don’t have much money to invest? Want to know how to persevere in times of hardship? Read Mike Ilitch’s story in Start Small, Finish Big: Fifteen Key Lessons to Start and Run Your Own Successful Business.