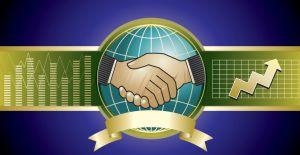 Not so long ago, the Franchise Disclosure Document (FDD) was called the Uniform Franchise Offering Circular, and the word “uniform” was often used by franchisors to discourage negotiations with people looking to buy a franchise (prospective franchisees).

“It’s a uniform offering,” the franchisors would say, “and we’re required to offer the same opportunity to everyone who wants to buy our franchise.”

Yes, that’s essentially true, but in business there’s always some “wiggle” room. Essentially, every prospective franchisee is offered the same opportunity, but that doesn’t mean every franchisee gets the same deal. In more than 30 years of working with franchisors, I’ve never known one that did not occasionally negotiate – but always for a good reason.

Say you’re converting your 10-year established business to a franchise brand and you’ll bring 1,000 new customers to the franchisor. That’s worth something! No harm in asking the franchisor what it’s worth!

Another example: You’re considering buying a franchise that has no or only a few franchisees. In this case, the franchisor may need you more than you need the franchisor. You can be sure the franchisor is going to negotiate, especially if you’ve got all the business attributes that the franchisor seeks.

Contrary to what many people believe (and some say), negotiations occur every day in franchise sales. But they don’t occur without justification. And even then, some deal points will not be negotiated because the franchisor wants to keep the terms uniform among the franchisees. Otherwise, it’s difficult for a franchisor to explain why Franchisee A pays a 5% royalty and Franchisee B pays a 6% royalty. If there’s the slightest opportunity for Franchisee B to claim “discrimination” the franchisor is facing a lawsuit.

Show the franchisor a good reason

There’s never harm in asking a franchisor to negotiate. Territory, training, support, fees, and other points are open for discussion, depending on the circumstances. Franchisors are not going to refuse to sell you a franchise just because you asked to negotiate.


Categorised in: Blog Articles, Buy a Franchise, Franchise due diligence, Franchise negotiation, Franchisee, Questions to ask to buy a franchise