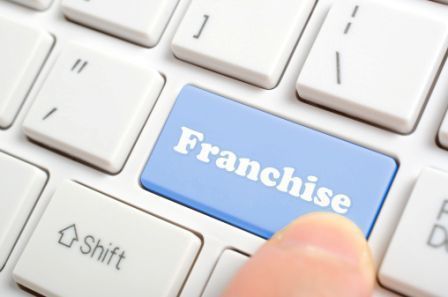 Franchising works for everyone!

Even though it’s wrong, it’s easy to get the idea that franchising works for everyone because the media say so. Newspapers, magazines, television news shows, websites, and other forms of media love a good franchise success story, and so do viewers, readers and visitors.

What’s not to like? Franchising is one of the best ways to start and develop a successful business in America, or almost any place in the world. But this fact remains: Franchising is not for everyone, and it may not be for you!

People think that because it’s a franchise, someone else runs the business for you. Someone else (i.e. the franchisor) makes the decisions, builds the business, hires the people, attracts the customers, sells the products and services, and even collects the revenues, making sure to pay you, the franchisee, a profit. But it doesn’t work that way.

Franchising requires an active, thinking person (i.e. a franchisee) who can make decisions and who has the ability (with the franchisor’s training, ongoing support and guidance) to build and operate a business. It is never an autopilot business, although it’s not the same as starting an independent business from scratch. Independents do not get the training and guidance of a franchisor, and in most cases, it’s the training and guidance that produces successful franchisees who in turn produce successful businesses.

3 Reasons Franchising May Not Work For You

It sounds easy, and many franchisors and franchisees make it look easy, but there are good reasons why franchising may not work for you. Here are a few of those reasons for your consideration:

Did you notice that all three issues are related to the same theme? Control! Franchising works because first and foremost, good franchisors know how to build a successful business, and they know how to teach and guide franchisees to replicate their success. Franchising doesn’t work when franchisees are allowed to do what they want, when they want . . . so if you’re the type of person who must maintain control, then you must avoid franchising. It won’t work for you!