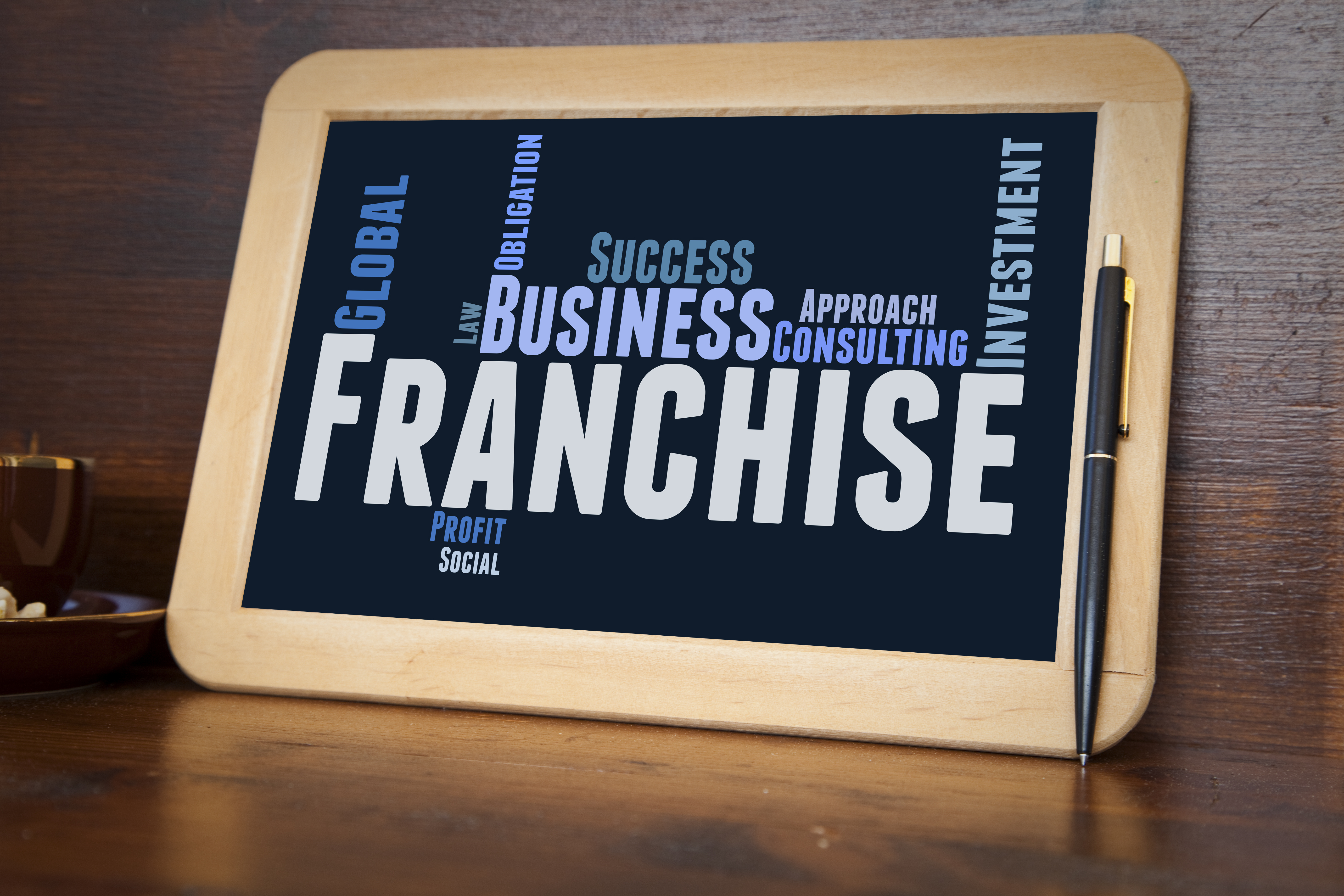 Any time you ask for information about franchising in general, you’re asking the wrong question. Instead, ask for specific information. For example: “Are Subway franchises successful?” That question is easy to answer statistically, and factually. Here’s why: 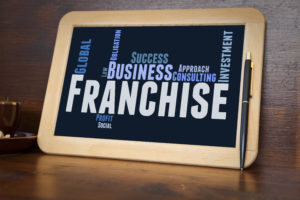 It’s one of the first questions people ask when they want to buy a franchise.

Depending on who they ask they’ll get an answer, but it probably will not be accurate or statistically based.

Ask the question of franchise sales people – and many franchise buyers do – and what do you expect them to say?

Same for franchisors and anyone else with a vested interest in promoting the buying of franchises.

But even if someone answered, “No,” they’d be wrong.

No one tracks franchise success in America

Because the truth is no one knows that answer and there isn’t anyone alive who can prove the answer one way or the other.

How can that be?

No one tracks the success of franchising, so it’s impossible to know the answer. There’s no National Franchise Office within the U.S. government, and very few people within the government know anything about franchising.

I’m not suggesting that there should be such an office or that government officials should know anything about franchising. But without someone tracking the data, it’s impossible to answer that very popular, and reasonable question.

However, even if there was a statistically based answer to the question, I wouldn’t depend on it.

Let’s say that statistics show (and I’m making this up) that 71% of franchises succeed, and therefore, franchising is successful.

Based on that information, I’ll buy a franchise.

I bought one that’s in the 29% that do not succeed!

For one thing, you’d never be able to convince me that it’s a good idea for anyone to buy a franchise!

So let’s not go there. In fact, just forget the question, “Is franchising successful.” It’s not relevant. And here’s why.

When you buy a franchise, you do not buy a national or general concept. You buy a specific concept: Subway, McDonald’s, Servicemaster, Mr. Appliance, Signarama, Dunkin Donuts, etc.

Forget about franchising in general, and instead ask about the specific franchise company, i.e. “Are Subway franchises successful?”

And here’s what’s really exciting about that question.

Get facts from the disclosure document

You don’t have to ask anyone but yourself to answer it! So when you develop your answer, you’ll know whether or not to believe yourself because you’ll know the sources that produced your answer.

You won’t have to dig into historical records and financial statements to get the answer. All you’ll need is the franchisor’s disclosure document.

So this is where responsibility kicks in. And sadly, in the Age of Entitlement that has existed in the USA for too long, people want to shirk responsibility and get someone else to take it on for them.

But not my readers!

There’s no substitute for due diligence

Because my community consists of people who want to know how to buy a franchise successfully, my followers accept the importance of doing the due diligence that’s necessary before buying a franchise.

My followers are not content to take the advice of a franchise sales person, or an article in a blog that touts the success of a franchise brand, or a franchisor’s website, or a spokesperson at a seminar, or anyone else who has a vested interest in selling franchises.

Take charge of your success in franchising. Begin by getting the franchisor’s disclosure document – ask for it, it’s free — or get a copy online.

Here’s how to get the info you need

Yes, of course you’ve got to read the document, but it’s in plain English and it’s intended for you, the prospective franchise buyer, to read it, understand it, and accept it – or not.

But you don’t have to read it all to discover the success (or lack of it) for the brand represented by the disclosure document. Let me emphasize: Eventually you need to read the entire disclosure document – a couple of times, in fact! But for the purpose of answering your most pertinent question, here’s what to do:

Turn to Item 20 of the franchisor’s disclosure document.

Dig in, get ready to do some analyses, and to place some phone calls.

How many franchises exist in the network?

First, the franchisor must disclose information about the company’s total number of franchise outlets nationwide, both company and franchisee owned. The disclosure shows how many outlets were operating at the beginning and the end of each of the franchisor’s last three fiscal years.

Based on that disclosure, you can quickly surmise if this brand is moving forward (i.e. more franchisee-owned outlets at the end than at the beginning), or losing ground.

But don’t buy the franchise yet. Sales of franchises is just one indicator that you need to consider.

The info can be misleading

Besides, this data can be manipulated, or at least used to confuse you, because there are company-owned stores and multi-unit stores (outlets owned by the same franchisee). The franchisor can also project future store sales and must disclose how many franchises have been sold, but have yet to open.

It’s all important information that factors into your decision whether or not to buy this franchise, but the best part is  yet to come!

You’ve got to love that requirement!

The franchisor must disclose the franchisee’s name, address and telephone number of his/her outlet. Often times, email addresses are included, too.

And then, once they’re out of money and out of business – because they bought the wrong franchise, or they were not a fit for franchising in the first place — they’re first to blast the franchisor and franchising in general for “fraudulent” representation. And many mainstream reporters are only too happy to hear from these folks because bad news is almost always more interesting than good news.

I urge you: Use the goldmine!

Be patient; franchisees will talk to you

You can begin by sending an email (if the email addresses are included) to as many of the franchisees as you desire – I recommend at least a dozen, but you’ll probably have to contact several times that number to get a dozen.

Don’t be offended if the franchisees ignore your email. They might not see it, or they may be too busy to answer, or they may not want to discuss the franchise opportunity with prospective franchise buyers, and that can be for any number of reasons, good or bad.

Second step is to use the telephone. The disclosure information must include the phone number. Set aside time to call franchisees.

Be prepared to ask questions 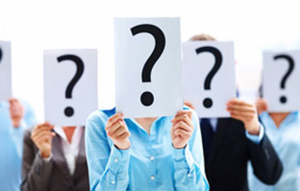 If you call a half dozen franchisees (and I do this routinely for articles and books, and to help my coaching clients discover information about franchises), you’ll be asked to leave a message most of the time, but in a couple of instances you’ll connect with the franchisee, and the franchisee will be willing to talk to you right then and there!

If you’re asked to leave a message, do so. Introduce yourself. Explain that you want to buy a franchise. Leave your phone number and email address. And ask that the franchisee contact you as soon as possible. My experience is that I’ll get a response 25% of the time. But then I’ll get on the phone again – a couple of days later – and either leave a second message, or I’ll speak directly to the franchisee.

About half the time when I reach a franchisee, the franchisee asks me to set a date and a time to talk. I’m happy to do so, and you should be, too.

Not all franchisees are generous with their time

I may invest a couple of hours total in contacting franchisees before I get a dozen of them, at minimum, to agree to speak with me.

Then, it’s not unusual for a franchisee to devote 30 to 60 minutes, or more, to answer questions by phone.

Not all franchisees want to speak to you

Generally, franchisors don’t want prospective franchise buyers to speak to previous owners for the obvious reasons. Many of those owners won’t have good things to say about their experience. At the same time, previous owners don’t want to speak to prospective franchise buyers because they oftentimes want to forget what they consider to be a nightmare, or they agreed by legal terms not to discuss their relationship with the franchisor.

However, I always question the relevance of information provided by (oftentimes) disgruntled former franchisees. Many of these individuals should never have purchased a franchise because they had no chance of succeeding. To begin with, they were not cut out to be franchisees, and once they became franchisees they insisted on doing things their way, and not the franchisor’s way. That usually leads to failure.

Granted, some failed franchisees can legitimately blame the franchisor, but these instances are not as common as you’re led to believe by mainstream media and certain online outlets that generally discredit franchising.

Get face-to-face with franchisees

One more step to help you decide if you should buy a specific franchise.

Get a face-to-face meeting with one or more franchisees. Go spend a couple of hours with a franchisee to ask questions and to observe their operation. That’s one of the most important steps to take before you buy a franchise, and yet very few prospective franchisees ever do it.

Now you can answer your own question

Once you speak with at least a few franchisees, and assuming you ask the right questions, you’ll be able to answer the question, “Are (fill in the brand) franchises successful?”

That’s not all you need to know before you buy the franchise, but it’s a huge chunk of your due diligence. Knowing that a franchise brand is successful gives you peace of mind, and makes it easier to continue exploring your options before you buy a franchise.

It also saves you from asking the wrong question!

Need a good list of questions to ask franchisees and franchisors. Thousands of prospective franchise buyers have relied on 101 Questions To Ask Before You Invest In A Franchise, my most popular eBook. 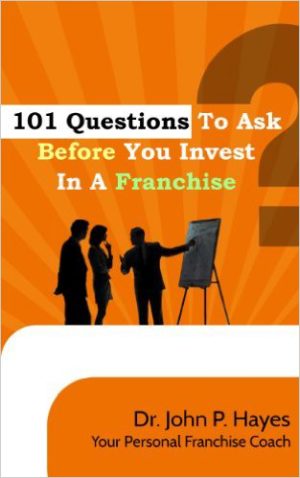