Part II: Taking the Fear out of Franchising 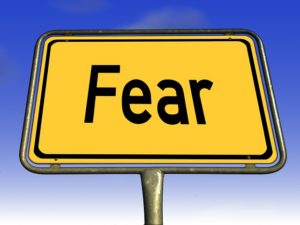 Here, then, are the key fundamentals of franchising. Read them. Understand them. And if you’re willing to accept and commit to them, only then should you buy a franchise.

And you can do so almost without fear of franchising.

I say “almost” because in any business there’s always something to worry about. Let’s be realistic. In business there are always surprises!

You open your franchise on Monday and on Wednesday the city announces that traffic that would normally pass in front of your business will be rerouted for road repairs. And the repairs will take at least 90 days!

Or you think your franchise is doing well financially, only to discover that an employee “cooked” your books!

Or just as you were beginning to attract customers, a franchise competitor opens across the street and promotes lower prices!

If those routine issues are going to give you headaches, or deter you from opening a business, you may not need to read about the fundamentals of franchising because those issues are not franchise related. They’re business related, and every business, franchised or not, faces them.

If you can’t handle the surprises, don’t open a business, franchised or not.

So what makes a franchise different from other kinds of businesses?

What is a franchise?

For many people, the first thought that comes to mind:

McDonald’s. The most famous franchise of all.

But McDonald’s is a brand. It’s a brand that achieved fame primarily because it’s a franchise.

So again, what is a franchise?

The first fundamental of franchising is that the word franchise means to grant a license.

It’s a piece of paper!

All of those specifics are vitally important. Don’t miss any!

As a franchisee, you are awarded a license to operate a brand, such as McDonald’s, Servicemaster, KFC, Mr. Rooter, or Signarama, etc. The license is called a franchise agreement, signed by both the franchisor and the franchisee. The agreement establishes the terms of the franchise operation. We’ll come back to that later.

While a franchise is a license, the act of franchising means something else.

Franchising is a methodology.

Franchising is a means by which a brand expands its locations, or builds more units, for the purpose of gaining wider distribution for its goods and services.

McDonald’s uses the franchise methodology to build new locations and to sell (distribute) millions of hamburgers every day, along with French fries, milkshakes, and other products.

Signarama uses the franchise methodology to place its brand in communities across America where people who need to buy signage and related products can see the brand.

Franchising is only one of several different methodologies.

In the United States, your local Starbucks is not a franchise even though it looks and acts like one. Starbucks Corporation, and not independent operators, own those locations. Same for major department stores like Macy’s, Target, Walmart, and so on.

In North America, some 3,000 brands, or companies, have been identified as franchises. They chose franchising as their distribution methodology.

So keep in mind that when you become a franchisee, even though you might identify with the brand, your ultimate responsibility is the distribution of products and services. Pretty simple, isn’t it?

And the more you distribute, the more money you and the franchisor are likely to earn!

Distribution doesn’t come naturally in franchising. It’s a well thought out process that the franchisor is responsible for developing.

And as a result, every franchise is a system.

Correction: Every good or great franchise is a system.

In fact, the reason businesses fail is for lack of a system, or a series of systems. It’s the same reason most franchisees fail.

Knowing what to do when you’re in business is a huge advantage. Would it surprise you to know that most people who start a business independently don’t know what to do?

People will tell you that when you start a business the most important thing you need is money. I used to tell people that, too, because I foolishly believed what I read and heard. It was only when I experienced the real world that I changed my mind.

You can have more money than you need to start your business, but if you don’t know what to do, when to do it, and how to do it your business will eventually fail. Or at least it will under-perform.

An operating system, or a series of systems, is like business insurance! And that’s really what you want to acquire when you buy a franchise.

Savvy franchisors spend countless hours and dollars to document their systems, which may include an operations system, an advertising system, a customer service system, a profit system, etc.

When you buy a franchise, the franchisor loans you (it’s never yours to own) that series of systems and provides you with training and support relative to each system.

The systems should provide real answers, i.e. tested answers, to all of your questions about operating your business, including:

In the process of buying a franchise, the franchisor says to the franchisee: “Here’s my system. For a fee, I’ll let you use it to build a satisfying and profitable business. However, you must use it my way, and you must agree to never change it without my knowledge. Fail to comply, and I’ll take back my system and keep any money you paid to me.”

Don’t like it? Save yourself the agony. You don’t have to fear franchising to say “no” to it. But you do have to respect it.

Yes, the franchisor is in control.

The franchisee is not in control.

This is a challenging fundamental for many prospective franchisees because they want to be in control.

“Look, I’ve been in a career for 12 years working for someone who told me what to do when I knew how to do it better. There’s no way I’m going to buy a business and not be in control.”

Do yourself a favor: Don’t buy a franchise.

If you do, you’re going to be miserable. Because in most situations, the franchisor trumps the franchisee.

If you ignore this fundamental and you buy a franchise expecting that somehow, someway you’ll gain control, you should be very fearful. Not to be fearful in that case is very stupid, and I won’t apologize for being so blunt.

How to operate the business specifically is clearly detailed in the franchise agreement. You as a franchisee are required to sign that agreement and thereby commit yourself to the deal terms.

The agreement doesn’t specifically say you are giving up control, but it spells out all the situations in which you don’t have control.

And so it goes.

If you fail to comply with these controls, you have already agreed, by signing the franchise agreement, that the franchisor has the right to penalize you, including taking back the license without refunding any money to you.

Why would anyone buy a franchise?

You must be thinking: Knowing all that, why would anyone buy a franchise?

I’ll tell you why in Part III of Taking the Fear out of Franchising.

Meanwhile, you now understand four critical franchise fundamentals that explain why franchising is successful. A franchisor grants a license to a franchisee to operate a business, that is, to distribute products and/or services, and provides the training and support so the franchisee learns how to successfully implement the franchisor’s systems and ultimately build a profitable and satisfying business. All the while, the franchisor remains in control.

Tags: Fear, Taking the Fear out of Franchising