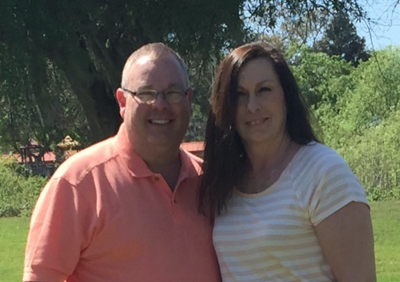 Their plan was to sell the business

In fact, when Rich and Sonja Heaton of South Carolina decided to invest $150,000 into a small-town sign-making franchise in 2001, they did it with the idea of eventually selling the business for big bucks.

“People don’t seem to set up their businesses to re-sell them,” explains Sonja, “but that was our purpose for going into business, and for buying a franchise.”

The lesson of the franchise resale

Many people don’t think about the resale value of franchises. And many would-be franchisees don’t think about buying an existing franchise instead of building one from scratch. But today, the Heatons can teach you about these lessons, as well as others related to buying, building and selling a franchise.

After operating (but not owning) a jewelry store and a convenience store, the Heatons decided to look at franchises. And even though they had no experience in the sign-making business, that’s what they decided to buy.

What would attract a buyer?

“It didn’t matter what we bought,” explains Rich. “It could have been a waffle house, or whatever. We wanted to be the best we could be, and we knew that if we maintained our profitability, owned our own facility, and we developed the brand, we knew that combination would eventually attract a buyer.”

Oddly, it wasn’t easy to find a sign making franchisor that was interested in a small town location (population <9,000). Eventually, the Heatons discovered Signarama, based in West Palm Beach, FL. “Their franchise system, and their support, is unbelievable,” says Sonja. “I tell people all the time that I would go back and open another Signarama versus doing it on our own because they nurtured and supported us all these years.”

Aligning with a strong brand

All these years amounted to 14 before the Heatons decided to sell their business and . . . well, look for another one! ? “It’s smart to align with a strong brand,” says Rich, and that’s why the Heatons believe they will eventually buy another franchise.

Will they start one from scratch, or buy an existing franchise? That remains to be seen, but they are sold on the wisdom of a resale.