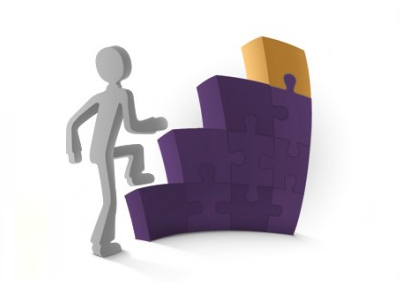 This is the time of year when millions of people decide just how unhappy they are in their job, and they vow to do something about it. But, of course, very few actually do.

You want to be your own boss, don’t you?

How Much Do You “Want” To Be The Boss?

I assume the answer is “Yes” because otherwise you wouldn’t read this column. But as you already know, it takes more than “wanting” to become your own boss. It takes action. Still, the “wanting” is important because until you say, “I want to be my own boss,” you may not be “wanting” enough.

That said, what’s next?

“Do” Comes Before “Have”

The late Zig Ziglar, motivator to millions worldwide, told us that we’ve got to “do” before we can “have.” In other words, it’s good to know what we want; it’s important to state what we want; but until we “do” something about it, we can’t “have” it.

Doing is a good subject this time of year because most people get wrapped up in making New Year’s Resolutions. But we also know what happens to most of those resolutions . . . they’re broken before the first week of the year, if not earlier!

Is Your “Wanting” Sufficient?

In other words, there’s very little “doing” applied to most New Year’s Resolutions. And why is that? Probably because the “wanting” was lacking. But it’s also a matter of not knowing “what” or “how” to do the “doing”.

Most people who claim the desire to be their own boss don’t have a clue how to do it. And so they never do.

That’s where you’ve got an advantage . . . or at least you will when you finish reading this article.

Becoming your own boss begins when you take the first step towards independence. No, I didn’t say quit your job! Not yet, at least. The first step is easier than quitting your job, but it’s a test of your commitment or “wanting”.

The first step is as simple as looking at a variety of business opportunities that would satisfy your personal interests and your financial capabilities. You probably already know the type of business you’d like to own. Whether it’s in food, or retail, or providing services from your home, office, or a mobile unit, there are most likely dozens of opportunities that would suit you.

But until you explore these businesses, and talk to people who own and operate them, you’re going to remain right where you are . . . in an unhappy job with a boss you don’t like!

Will You Or Won’t You?

So now we’ve arrived at the moment of decision. Will you or won’t you do something to change your life? Like I said, it’s simple. In fact, it begins with the click of this link.

Your first step could be in Houston, Texas when you visit Franchise Expo South Feb. 11-13, 2016. I’m making the first step really easy for you because this link provides you with free registration for an event that introduces you to hundreds of franchise business opportunities . . . any one of which could be perfect for you!

Go ahead; take the first step! You want to be your own boss.

Can’t make it to FES in Houston? Not a problem. Watch this blog for information about the International Franchise Expo set for June 16-18, 2016 in New York City. But do you want to wait that long to get going?

If you’re in a hurry, contact me for one of our free consultations.