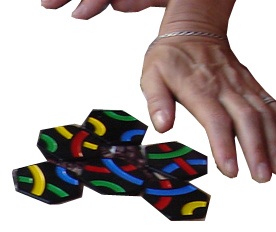 It’s been about ten days since I last heard from her (see Is Franchising Indentured Servitude?) and she couldn’t have been happier!

“I know how much money I’ll be able to make as a franchisee even though the franchisor didn’t tell me — well the franchisor sorta told me,” she said into the phone without taking a breath.

“Wait a minute, Isabel. Either the franchisor told you or the franchisor didn’t tell you. Which is it?” I wanted to know, wondering if a franchise sales person had pulled the old back-of-a-napkin trick by jotting down a number that really doesn’t mean anything, but appears to be a nice annual income. “Does the franchisor’s disclosure document include a financial performance representation, or earnings claim? It would have been under Item 19 of the Franchise Disclosure Document (FDD).”

No to the legit financial info

“No. No earnings claim,” she snapped. “This stuffy franchisor doesn’t include any financial information under Item 19.”

“But you’re saying the franchisor ‘sorta’ told you how much money you can make if you buy the franchise,” I continued. “That could be a serious violation of the federal franchise laws. I just want you to realize what you’re . . . .”

It’s a different story in franchising

She cut me off, “Come on, doc. You know that’s not how it works. These franchisors put the information out there. You just have to be smart enough to get it. And I am!”

There’s no doubt that Isabel is smart, but I don’t agree with her generalization about how things work in franchising. At the same time, I’m not naive. Some franchisors disclose information that they should not disclose. Some franchisors break the laws. And as I’ve said many times: All franchisors are not created equal.

Backing out the numbers

I was running low on time and patience so I said, “Please don’t make me work so hard, Isabel! How did you find out how much money you can make as a franchisee?”

“My accountant helped me,” she explained. “The franchisor’s financial statement (which is included in the FDD) shows how much royalty revenue the franchisor collected last year. I divided the number of franchisees into that sum and got the average royalty paid per franchisee. Then it was easy! I divided the average royalty payment by the royalty percentage, which is 6%, and that gave me the average franchisee’s gross revenue. And that’s what I needed to know. With help from some franchisees and the franchisor, I figured out the monthly costs. And based on the numbers, I can pay myself a six-figure income. Not right away, but eventually. That’s where I want to be financially. So I’m thrilled!”

Not everything may be what it seems

I am, too! Thrilled to be coaching such a serious student of franchising. But there are a few problems with Isabel’s analysis!

Maybe you’re a serious student of franchising, too, and you already know what the problems are? If so, I’d like to hear from you.

Meanwhile, look for Part II of this blog in a day or so. Until then, do not buy a franchise based on Isabel’s story!

. . . Register immediately for my free franchise tele-seminar: How To Buy A “Hot” Franchise And Not Get Burned!  Date is May 6 and you can subscribe while slots are still available . . . you’ll love the fantastic give-away. Read about it here.