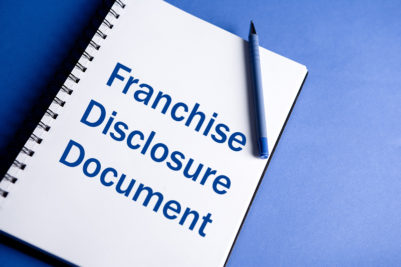 Item 20: A Goldmine in the Franchise Disclosure Document 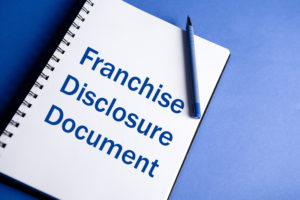 One of the great benefits of buying a franchise in America is that federal law requires franchisors to give every prospective franchisee a Franchise Disclosure Document (FDD), including Item 20, which is a goldmine of information.

But prospective franchisees routinely overlook or minimize the FDD, and in doing so they miss out on using the content of Item 20, arguably the most significant section of the FDD. It contains a list of the franchisor’s outlets, including contact information for existing and former franchise owners.

Now think about that for a moment. Let’s say you wanted to buy my business, and there are a dozen, or several dozen, people who know all about my business: the good, the bad and the ugly.

Given the opportunity, would they buy my business? Just ask them. They’re not obligated to answer for anyone but themselves. In other words, you can trust what they tell you.

Open the door to the goldmine

Now, if you’re presented with the key to this goldmine of information, are you going to just sit on the key? Or use it?

Would you believe that many prospective franchisees just sit on the key?

They never unlock the door to the goldmine! They never step in and gather the wealth of information that sits there waiting for them. How is that possible?

Well, Item 20 is in the back of the book. It’s Item 20 of a document that includes only 21 items. Maybe some folks think that if it were of any importance, Item 20 would appear at least in the front of the document!

But there it is, in the back of the FDD, and you’ve got at least two weeks (the required disclosure period) to tap into Item 20.

Would you squander an opportunity to let other people help you figure it all out before buying a franchise?

Sadly, some people must answer yes. Many prospective franchisees do not read the FDD, even though it’s written in plain English and not legalese. They give the document to their attorneys to read, and that’s a huge mistake. There ought to be a law that requires attorneys to insist that their clients read the FDD, but on the other hand, that’s like telling a teenager not to touch a hot stove! Some things shouldn’t need to be said.

Item 20 is a directory of people who currently own the same franchise, and people who have owned that franchise in the past. Surely, if you’re thinking that you, too, wanted to buy this franchise, you’d want to talk to these people. They’ve got answers to all your questions!

And their answers may not be the same as the answers you’ve been getting from your franchise broker, or the franchisor’s sales representative. Or, they may be exactly the same! Either way, can you possibly afford to miss talking to these people and hearing what they’ve got to say?

Existing and former franchisees know how to turn an investment into a payday because they’ve either done it, or they know others who have.

Why do franchisees fail or succeed?

I can’t fathom any reason to miss out on talking to these people and tapping into their wealth of information.

Item 20 gives you an advantage

And yet, when I ask franchisees, especially franchisees who aren’t doing well with their franchise, or who aren’t happy in their business, “Did you contact existing or former franchisees listed in Item 20?” they frequently say no.

What I’d like to say to those folks is, “Well, you got what you deserved,” but of course, that’d be rude!

It’d also be true. If you don’t utilize the information that’s given to you for the purpose of investigating a franchise opportunity, how can you blame anyone but yourself if the opportunity doesn’t work out?

I’d like to think that readers of this blog would never squander the opportunity to become well informed before investing in a franchise. Give yourself the advantage of Item 20.

I contact dozens and sometimes hundreds of franchisees for various projects – sometimes because I want to quote them in articles or book chapters, and other times because I’m helping someone perform their due diligence prior to investing in a business.

Some franchisees refuse to come to the phone, or to return a call. Why? Could be it’s a bad day (so wait a couple of days and call again), or it could be they don’t want to talk about their business. Failing franchisees especially avoid calls from prospective franchisees.

Even some successful franchisees avoid calls from prospective franchisees because they don’t want the franchise network to grow. They think more franchisees would mean less opportunity for them – sometimes, sadly, that’s true, especially among low volume franchised businesses – but it’s not usually the case.

Call a random number of franchisees

In franchising, it’s always important to remember that not all franchisees are the same. Some, even some failing franchisees, will be pleased to talk to you, and answer your questions. Some will also invite you to visit with them to learn more about the franchise opportunity.

If Item 20 includes 50 to 100 existing franchisees, randomly call 10 of them. If those 10 are not responsive, call 10 more. If you contact them randomly (and not because someone told you who to call), you’ll eventually gather information from at least 10 to 12 franchisees, and that’s a good sample size. That’s your goldmine!

Even dissatisfied franchisees have a right to be heard, and you want to hear what they have to say. What went wrong? Keep in mind, however, that disgruntled franchisees may say anything to discredit a franchisor. But again, that’s why it’s important to call more than just a couple of franchisees.

Franchisors are permitted to tell you the names of franchisees that have backgrounds similar to your own. For example, if you’re a teacher and you want to speak with franchisees that were teachers, the franchisor can share that information with you. If you’re buying your franchise in a small city, the franchisor can give you the names of existing small-city franchisees. And so forth. There’s nothing wrong with matching up your circumstances and interests to existing franchisees.

If you can find them, former franchisees can help

You may be wondering about the former franchisees listed in Item 20. Their stories could be useful, but first you’d have to find them. Franchisors are required to disclose the last known contact information for former franchisees, but once they leave the franchise network these franchisees are usually difficult to track down. A franchisor is not obligated to track them down and update their contact information year after year.

In some cases, that’s well enough for the franchisor because some of these franchisees were disgruntled when they exited the system. Some sued the franchisor and won. Others lost their life savings. These aren’t the kinds of folks franchisors want you to talk to.

On the other hand, former franchisees also include successful franchisees. These are people who sold their business and retired. They’d be pleased to talk to you and tell you exactly how to replicate their success. But again, they may be difficult to find.

In the final analysis, whatever you decide to do about Item 20, be sure to make use of it. It’s a goldmine of information for prospective franchisees.