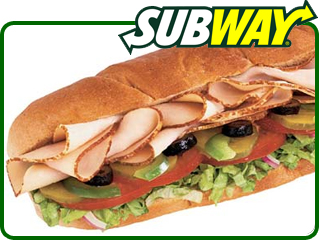 It’s one of the most popular questions for every experienced franchise author/speaker. Perhaps because it’s the largest franchise in the world (in terms of units, not retail sales), people want to know if a Subway franchise is a good investment.

And because many of my readers and seminar attendees know that I wrote Start Small, Finish Big with Subway’s co-founder, and I sold a major franchise business to him, they think I have special insights about Subway. Really, I don’t.

“Is Subway a good franchise investment? . . . Can you help me get one?”

In answering the questions, here’s what I tell people.

Subway must be a good franchise investment for some people because many of the franchisees have been with the company since almost its inception, and (now answering the second question) it seems impossible to “get one” in the USA.

Of course, neither answer is really what you want to know, but you’re not asking the right person!

If you really want to know if Subway is a good investment, franchisees are the people to ask. They can also tell you how to “get one”!

You can easily find Subway franchisees either by looking into the company’s disclosure document (where you’ll find their contact information), or simply stopping at a Subway and talking to a franchisee.

Franchisees are usually willing to discuss their experiences with prospective franchisees, and if they have insights as to how to “get one” they’ll tell you. However, it seems to me that few Subway franchisees own just one unit — they own multiple units (it would be a good idea to ask them why) and so they may not be too eager to help someone buy a unit unless it’s far from where they’d like to own another one.

For those of you (and there are many) who would like to skip the start-up phase of business and buy an established franchise, that may be easier to do with Subway, except that the existing franchisees get first dibs on available units. And that’s because a franchisor would rather sell a unit to an experienced franchisee than to one who knows nothing about the business.

Meanwhile, you’re asking the right questions, and keep in mind that there are at least 2,500 franchise concepts in North America alone looking for new franchisees . . . don’t limit your questioning to Subway. Ask the same questions of other viable concepts such as those included in my most recent eBook: 12 Amazing Franchise Opportunities for 2015.