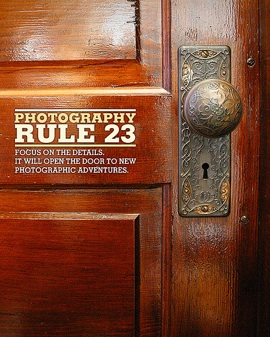 “Why are franchisors so specific and stringent with people who want to buy a franchise?” she asked. “It seems they want to control everything!”

At last, Isabel (previous Isabel blogs are listed at the end of this article) is getting down to the nitty gritty about franchising, and the question she asked today was so important that I’m rushing to my blog to tell you about it.

“I’m so glad you asked that question,” I told Isabel, “because it shows me that you are paying attention to what franchising is really all about, or at least you are noticing some critical components.”

So let’s get right to it: Franchisors are “specific” and “stringent” with people who want to buy a franchise because they need to be, they should be, and they must be if they want to succeed as franchisors, which also means they want their franchisees to succeed.

Now some critics would jump on that statement and eloquently and heatedly tell you that I’m wrong, that I’m just defending franchisors and franchising in general, and that franchisors are “specific” and “stringent” with people who want to buy a franchise because they want to take their money and keep it after they fail without having to do battle in a courtroom.

God bless the critics: they keep us on our toes! Mostly they keep us thinking. Happily, on this point, they are wrong.

Willy nilly franchises do not succeed

In my 30-year career, working with more than 100 franchise companies, I’ve never seen a willy nilly franchise concept succeed. Furthermore, the franchisors with the greatest problems, and the weakest balance sheets, are most lenient with their franchisees.

Somehow, some way, some critics got the idea that franchising is a democracy, and that people who want to buy a franchise do so because they want entry to this great democracy.

Furthermore, because this is (at least where I am at the moment) the United States of America, where freedom rings, you should be able to buy a franchise and do what you want with it.

It’s not a democracy when you buy a franchise

Franchising is not a democracy and perhaps that’s the most important principle to understand about it. In spite of what Burger King taught us, you cannot have it your way when you buy a franchise!

It has nothing to do with freedom. Or rights. It’s business. It’s do-it-my-way or don’t-do-it-at-all business. And it’s protected by the United States of America, where freedom rings!

The franchisor sets the parameters

Fact is, if I create a franchise, so long as I don’t violate any laws of the land, I have the right to do it my way, and do it when I want, where I want, and with whom I want.

Franchisors test the business and create a success system

However, if you’re going to join me as a franchisee, then I know how the business works best. I’ve tested it. I’ve improved it through the years. I’ve created a marketing plan, an operations plan, a sales plan, etc. I know what needs to be done, how much of it needs to be done, by whom and when, to make it all work.

And, oh, one more thing, I put my money behind making sure that it works!

As the franchisor, I want it to work. Why? Lots of reasons:

At a minimum, I want it to work because if it stops working I’ve got to go do something else!

The goal is a satisfying and profitable business

And since all of this is important to me as a franchisor, I’m going to make sure that the people who buy a franchise, or who buy my franchise, do things my way, the way I know that’s necessary to build a satisfying and profitable business.

“Is that unreasonable?” I asked Isabel.

“No, but that doesn’t make me feel better about the franchise agreements that I’m reviewing,” she said.

“I understand,” I told her. “Let’s continue.” I really couldn’t do much about her feelings.

As a franchisor, I’m going to be “specific” with you when you buy a franchise:

I’m specific not because I suffer from OCD (though I might, and what if I do?) but because I know this is how the business works! It’s how it works for me and how it will work for each person who decides to buy a franchise from me.

I’m going to be “stringent” as a franchisor for the same reasons that I’m going to be specific. Stringent as in “rigorously binding or exacting, compelling and constraining.”

“Can I interrupt?” asked Isabel.

“Of course you can. You’re the client!”

“What you just said, that binding, exacting, compelling crap, is what’s so offensive about franchising.”

“I understand,” I said. “And I agree. I don’t know that the word is ‘offensive’ but I understand. It’s controlling for sure, and most people, especially those who are entrepreneurial, don’t want to be controlled if they decide to buy a franchise. But all I can tell you is that ‘stringent’ is absolutely necessary in franchising. In fact, if you find a franchisor that’s not stringent, run! That business is not going to work. Eventually it’s going to become a mish mash and not a franchise.”

Remember, too, that a franchise stands for uniformity. If you go to McDonald’s, you know the drill, right down to how your food product of choice is going to taste! I haven’t eaten French Fries at McDonald’s for many years — I’m a McDonald’s patron only when my grandkids insist — but I remember how I loved those French Fries. Haven’t had a chocolate milkshake at Burger King for several years (too fattening for me, I’m afraid) but I still crave one! I had a vanilla cone at Dairy Queen as recently as 72 hours ago, and if I get a chance, I’ll buy one again today, because I love that product (see My Secret Love Affair).

“What would happen, Isabel, if these products changed, or worse, what would happen if you visited your favorite franchise, but in this unit they did things their way?”

“You’d be disappointed if you didn’t get what you expected,” she said. “I get the point, John.”

“I’m glad, Iz. Because that’s why franchisors are specific and stringent. You can’t do things your way in a franchise. You’ve got to work the business the way the franchisor means it to be worked. That’s how you succeed when you buy a franchise.”

Not all do it the franchisor’s way

Isabel asked, “Should I expect every franchisor to be specific and stringent?”

“Yes,” I said. “But the keyword is ‘expect’. If you had asked, ‘Is every franchisor specific and stringent?’ I would have answered: Only the good franchisors!”

Only the good franchisors do it their way

Is there a formula for success?

“Isabel, the best franchisors will tell you upfront that they have a formula for success and once they share it with you they will expect you to follow it to the T. If you have a problem with that — and many people do — do not buy a franchise.”

Isabel was uncharacteristically silent for a moment. Then she said, “You’ve given me a lot to think about, John. Thank you.”

“No, thank you, Isabel. You asked the perfect question, one that every franchise prospect needs to consider.”